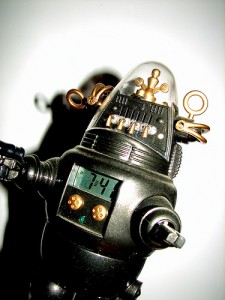 It’s election season in New York.  There’s a primary in less than two weeks.  I got 8 pieces of mail yesterday. Two days before it was 3. I expect to see 4 or 5 more in today’s mail.

Then there’s the phone calls at all hours of the day and evening.

Some are from live people, anxiously asking me if Candidate X can count on my vote.

The worst ones are from robots, with a recording of Congressman A telling me how vital it is that I  vote for Candidate X.

I hang up on the robots and toss the fliers (oh, the poor trees that died for this). Even the live people don’t really talk to me. They just recite their scripts. They never say why I should vote for their candidate; only that I should.

They’re doing an awful lot of shouting, but not much listening.

Take the time to listen to what your customers say.  Build a relationship.  Send cards for no reason (Happy Daylight Savings Time!).  Enclose a note with their bill, thanking them for their business.  Ask them what they like (or don’t like) most about working with you. People work with people (not robots).