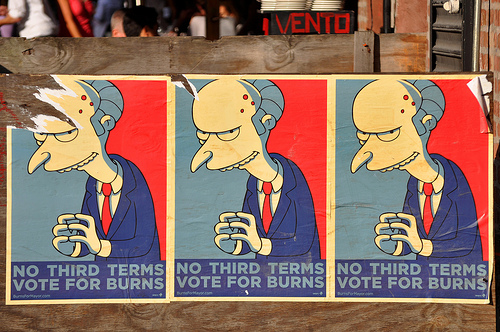 Yesterday was election day in the United States.

Among the races was a special election to fill a vacant Congressional seat in upstate New York (near Canada). The seat had been a safe Republican district for over 100 years.

But, this year was different. Not only did it attract national attention, but the Democratic candidate won.

Prominent conservatives thought the Republican candidate was too moderate, and refused to support her. So, they got their own candidate, and ran him under a Conservative party ticket.

The trouble was, he didn’t live in the district. When the local paper interviewed him, they discovered he knew very little about the issues that were important to the area. In a meeting with the paper’s editorial board, his high-powered Conservative advisers dismissed those issues as “provincial” and unimportant.

This is not about Republican (generally more right-wing) or Democratic (generally more-left wing) politics; it’s about what happens when you ignore your real customers in favor of your own needs and desires.

Here in New York City, the mayor changed the rules so he could run for a third term. He spent $100,000,000 of his own money to get it. He won, but just barely, against an underfunded opponent who could barely fight back. The mayor ran because of what he wanted, not because of what the people wanted.

Ignore Your Customers (and Lose Them)

The conservatives in upstate New York completely ignored what the voters in the district (the customers) wanted. A candidate for local office who thinks local issues aren’t important is doomed to failure. A company that thinks its own needs are more important than its customers’ needs is also doomed.

When you develop your systems, policies, Web site, or marketing, think what your customers want.