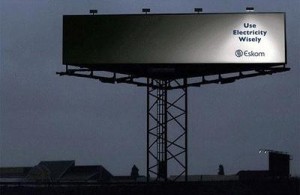 Seth Godin’s blog post today tells the story of his cross-country drive from California to Boston to reach a summer job at Spinnaker Software. While passing through Chicago, he saw a large billboard for the company and thought, “Incredible! This little start-up already had billboards across the entire country.”

It turned out they had exactly one billboard, located between the airport and the convention center that housed the Consumer Electronics Show. They put it precisely where buyers flying in for the show would see it.

It worked because it was in the right place, at the right time (before a big electronics show), and was seen by the right people.