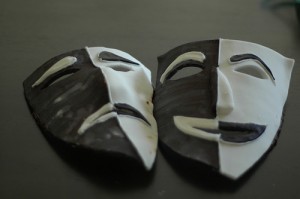 What are emotional triggers?

Emotional triggers are words that generate an emotional, visceral response—a reaction that comes without a lot of analysis or thought, just straight from the lizard brain.

Emotional triggers work by building a connection that will prompt people to act. That’s why they’ve been used by copywriters for years,  because they increase responses.

What are these emotional triggers?

And why are they so powerful?

Because people want something for nothing, or to get something they don’t have. That’s why “free” works so well.

If you offer investment advice, you’ll get a better response from saying, “I help people get rich and retire early, even in an economic downturn.” than you would if you just said, “Oh I help people manage their stocks and bonds and other investments.”

The first one certainly gets people’s attention. The second one is dull and doesn’t really say anything to anybody that tells them why they should really care about what it is that you do.

People are afraid they won’t get promoted, or they will lose their jobs, or won’t do well as a new parent.

The fear here is people who are worried they won’t have enough money for retirement. So offer them something that gets their attention and appeals to this particular fear, such as:

Do you have enough money for retirement? Take this 30-second quiz and find out!

(That’s both an attention getter, and a call to action)

Guilt is effective, particularly for nonprofits or pitches to parents, because people want the best for their children or want to help others who are less fortunate.

This works because people like to have things that other people don’t have.

If something is a limited offer, or only 100 will be made, it appeals to people’s desire to stand out from their neighbors, or to have something special and unique that few other people can own.

When people are mad about something they often want to act.

If they’re mad about high oil prices, or a proposal to put a big, smelly landfill two blocks from their homes, they will get excited, they will get mad and want to do something to stop it.

So, they will pay more attention to your mailing or your ad if you’re telling them how they can do something about it.

It doesn’t have to be a big problem. It can be a small problem, such as digging through your whole purse or lots of pockets to find your keys. Or, it can be how to set up a blog when you don’t have a lot of technical skills.