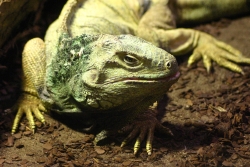 My mom got a  PajamaGram for Valentine’s Day yesterday.  It was packed in a pretty hatbox with a gauzy bow, bath salts, and a card. Someone clearly put a lot of thought into the packaging.

This seems like a win? Right? It turns out it was a small business marketing failure.

She not only loved the gift inside, she liked the hatbox so much she wanted to buy another one and use them for pretty storage boxes.

The rules were more important than the customer

It would have been thoughtful and an easy way to make a connection with a customer, and gain a new fan. But no. Instead, they followed the “rules.” They did what the manual and the lizard brain (don’t stick out, don’t make your own decisions, be afraid) told them to do.

So, instead of a rave, they get a big Bronx cheer.

Manuals are great when they protect you from dangerous mistakes (turn off the electricity before you touch an exposed wire). They’re not so good when they create a barrier between you and your client.