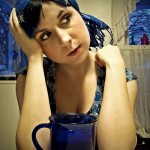 “Do I have to use direct mail? It’s sooo boring and old-fashioned. Can’t we just send electronic media kits with case studies and company info?”

This question came from a company in London that wants to break into the US market.

Unfortunately, the target audience (reporters) isn’t likely to care about company background information and case studies. Neither will her potential customers. Reporters want a story that will get them column inches. Prospects want to know what you can to for them.

Never, ever, ever plan a strategy based on what YOU think is old-fashioned, or interesting, or cutting-edge: do what will appeal to YOUR AUDIENCE. It’s NOT about you. It’s about what they think. You may think that sending beautifully designed electronic press kits will get you coverage. The press will think it’s spam.

Some people think that direct mail is old-fashioned, a dinosaur in an age of Twitter, Facebook, and e-mail.

Why paper is better

The report noted that approximately 103 billion pieces of mail were sent at the standard (third-class) rate in 2007. Why? Because paper feels special. It can be personalized, it’s more flexible, and you can make it longer.

Emails are perceived as cheap, or free, sent without thought or consideration. Readers toss email without thought (but they spend a few precious seconds looking at your mail piece).

People hesitate to open emails from “strangers”, fearing viruses, pitches for drugs, or worse, but mail is danger-free. Open it and read it (or even toss it) without fear of catching anything.

Once it’s open, it may catch your reader’s attention. It takes more time and effort to write and mail a letter. When  people feel you have invested in them, they are more willing to invest in you. 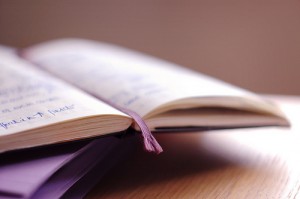 Chris Brogan recently pointed out a marketing tool that will make your customers smile. He bought a book and inside was a card thanking him for his purchase, telling him what other kinds of books the publisher produced, and inviting him to get updates on future titles as they are published.

As Chris pointed out, it’s a thank you, gives helpful information about the publisher, and includes a call to action.

Since it’s in your new book, you’re likely to look at it and read it. Asking for his email address might have seemed intrusive (a way to send more marketing material). However, a card (or better yet, a bookmark) is an extra gift. People delete unwanted emails without thinking twice. Paper seems more important and personal, and people tend to save it. You can only see email, but you can see, touch, and sometimes (if it’s fresh from the printer) smell paper and ink.

Old cataloger’s trick: make your catalog slightly smaller than your competitors’. People tend to keep them, and stack them. Guess which goes on top?