Remember yesterday’s post about the worst marketing email ever? The marketer who framed his pitch in terms of what he’d get (a great vacation) and offered his customers a measly $25 gift card in return for their referrals?

What if he’d built a community instead? According to Marketing Sherpa (7/2/09), creating a place where your customers can interact with each other (as well as with you) can have unexpected benefits.

Depending on your business, you can offer additional documentation, a Q&A forum, or tips on how to use your product. Imagine a design studio that explained ways to save money on logo design costs, or a videographer who offered a checklist of the top ten questions you should ask before you hire her (or anyone else).

The ability to ask community members to review early-stage new products, essentially building your own set of beta testers. You can match features with needs, and steer clear of offerings that nobody wants.

Allowing members to share how they use your product. Let members post their own questions (and answer them). You can also step in and offer helpful advice (skip the sales pitch, just solve problems).

The interaction allows prospects to learn more about your company and your products in a friendly environment. This will boost trust, increase your credibility, and generate leads.

Build the relationship first, then you can ask for the sale. 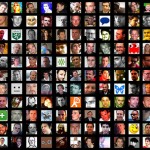 Last Thursday, Bob Bly asked his readers
whether they agreed with Kent Lewis, President of Anvil Media that social media is not an effective marketing tool. Mr. Lewis, who was interviewed by DM News, (3/2/09, p.10) stated that he saw social media networks as personal collaboration tools, rather than an information or research source. Commenting on this, Bly said that he’d tried Twitter and found it mostly a bunch of useless gab.

I agree that Twitter (and Facebook and etc.) can certainly be a giant waste of time, but there are opportunities there as well.

What do you think? Waste of time? Or useful tool? Chime in!

And now a few words about the election. This is not about politics, but about marketing. Regardless of who you voted for (or whether you are in the US or elsewhere), there are important marketing lessons to learn from this election.

I noticed during the primaries and the campaign, that Hillary Clinton and John McCain kept talking about themselves. It was a classic marketing mistake. They kept focusing on their years of experience, how they’ve made change, everything they’ve done, rather than the voters. They said things like, “I have experience,” “I know how to fix our economy.” Lots of “I” and “me”, but very little “you” and “we”.

Barack Obama, on the other hand, said “we”: “Yes we can”, we can change, we can hope. He brought people together in a way that the other candidates didn’t. Plus, he made excellent use of his Web site, email, Twitter, and new media tools to keep his followers engaged. He sent (as Seth Godin says) personal, relevant, anticipated messages. No robocalls, no interruptions, just permission marketing. He created a “tribe” of people who were eager to hear from him. And, he sent an email thanking every one of them after the election was over.

by Ten marketing lessons from the Barack Obama Presidential campaign