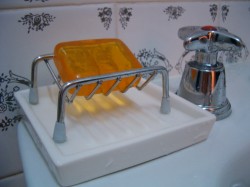 Image thanks to morguefile

If you’re not familiar with “All My Children,” it’s a long-running American soap opera. It’s not normally associated with business to business marketing strategies.

Most posts with a title like this one would compare characters in the show, and how they behave, to some aspect of marketing.

This isn’t one of those posts.

The relationship between soap operas and business to business marketing

Instead, I’m going to talk about how soap operas work, how they keep their audience for years and years, and how you can apply those same marketing strategies to your small business.

Soap operas started with closer ties to marketing than you may realize. The program was incidental. The real reason for the show wasn’t entertainment at all. It was so that the sponsors and producers could sell.. soap!

So, it was important (for the sponsors) that viewers returned every day to watch the next episode. In order to do that, they needed a way to end each day’s story without really ending it.

The soaps often used cliffhangers, ending a day’s episode at a shocking or scandalous point. You had to tune in the next day to find out what happened. Each show would move the story forward, but only a little bit, so you had to keep coming back for more.

They also used overlapping stories. One day an affair, the next day, a terrible illness. To find out if the character recovered, you had to tune in again. Same thing if you had to know whether the cheating spouse would be discovered.

Make your own ongoing story

For example, set up a series of blog posts. This can be a five-part series on getting funding. Or, a ten part series on launching a new software app.

Or, create an autoresponder. An autoresponder is a message that’s sent automatically from your email box. It could be a reply to an inquiry (we got your message, we’ll get back to you!), a confirmation of an order, or a series of lessons (an e-course) delivered over the course of several days or weeks.

The continuing story (or series of posts, or classes) keep your readers loyal. They come back to find out what happens next or to get the rest of the lessons.

(I’ll talk more about using autoresponders effectively tomorrow – see, it’s a cliffhanger! You have to come back to find out the details).

Soap operas are infamous for creating controversial characters who commit adultery, disappear, come back from the dead (seemingly) or suddenly gain a secret twin. What if you did something that seemed outrageous?  (Be careful with this, as  it can backfire!).

What other aspects of soap operas can be adapted to marketing? Scandals?  Outrageous stunts? Have you tried any of them?  How well did they work?