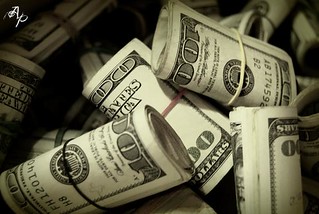 There’s an old technique that can help you charge more money, and still get more sales. It’s called framing your prices.  The idea is to take advantage of a bit of psychology.

You see, we think we make rational decisions, but we really don’t.

The concept behind price framing is to change the perception of how much something is worth.  A $500 mixer looks expensive until you compare it to a $1500 product. Sometimes, changing the way the price is presented can make a difference too.  A $50/month membership seems a lot cheaper than one for $600p per year (even though the total cost is the same).

Another way to reframe your prices is to bundle products together.  Here’s an example of how it works (I read this story on a site recently, can’t remember where, if anyone recognizes it, please holler and I’ll link to it).

Someone started a virtual cooking school. He started with an ebook for $37. It didn’t sell very well. So, instead of cutting the price, he did something a bit different. He developed a series of videos to go along with the book. The combination cost $77. Sales of the book took off.

Why higher prices got more sales

The $37 ebook looked expensive by itself. But compared against the video/book package, it looked like a bargain. Here’s another example. If you tell a potential customer, “Rewriting your marketing email will cost $300, or we can review your existing email for only $150,” the $150 looks cheap.

Apple does it too

Remember when Steve Jobs introduced the first iPad?  He said that the experts thought the price ought to be $999… then he announced it was “only” $499.  You hear that and think you just saved $500, even though it never cost $999 and that number was pulled out of the air.  Or, think of “list prices.”  If the list price for a cordless telephone  on Amazon is $49.00, but they’re selling it for $29.00, you feel you just saved money.  Never mind that nobody anywhere is selling it for $49.

Try what Michel Fortin calls “olympic pricing.”  That means  three price levels (bronze, silver, and gold – or budget, standard, and deluxe).  Most people will pick the middle one.  A few will take the budget, and some will want the deluxe. If you only offered the cheapest option, you’d miss out on all those other sales.